This does not affect accounts not using 2FA.

The following e-mail configuration is used:

In order for the feature to take effect, webserver configuration files need to be rewritten:

Evolution has new customizations module allowing to change the help links for each page to point to a custom documentation site.

Exiting links can be updated. All built-in help pages can be easily disabled with a CLEAR DEFAULTS check-box. This check-box ensures that if Evolution gets a new page with a help link the built-in links will not be shown until a custom link is added. 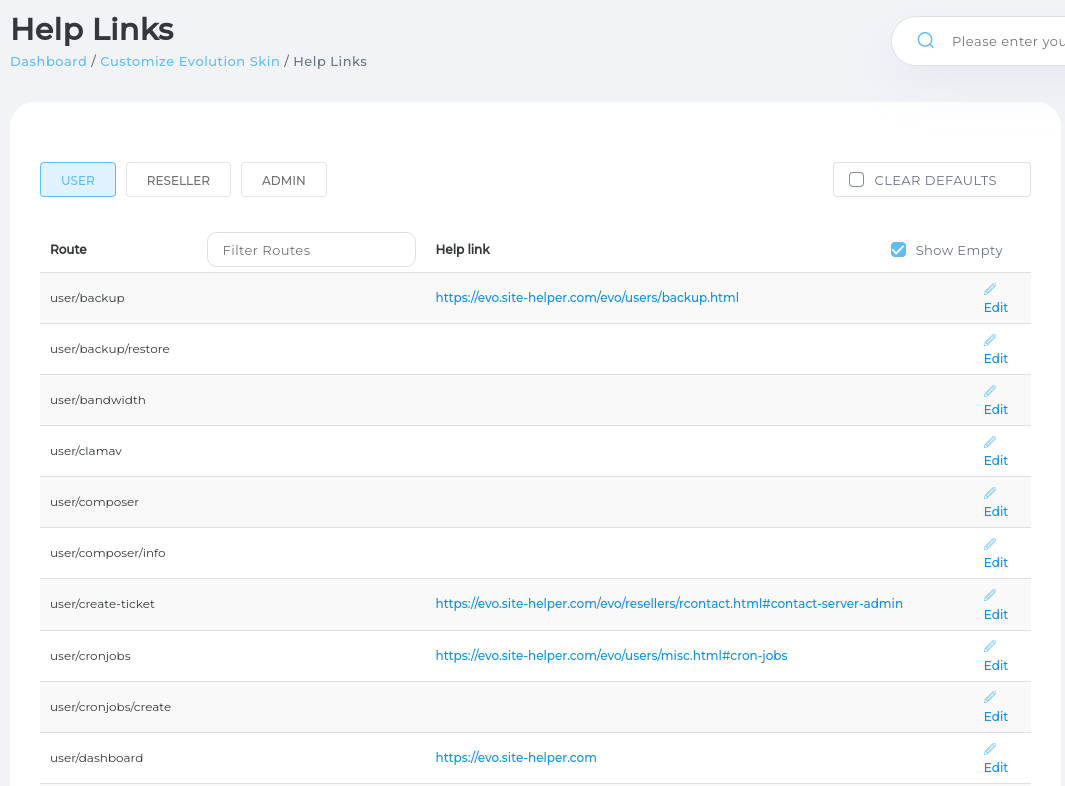 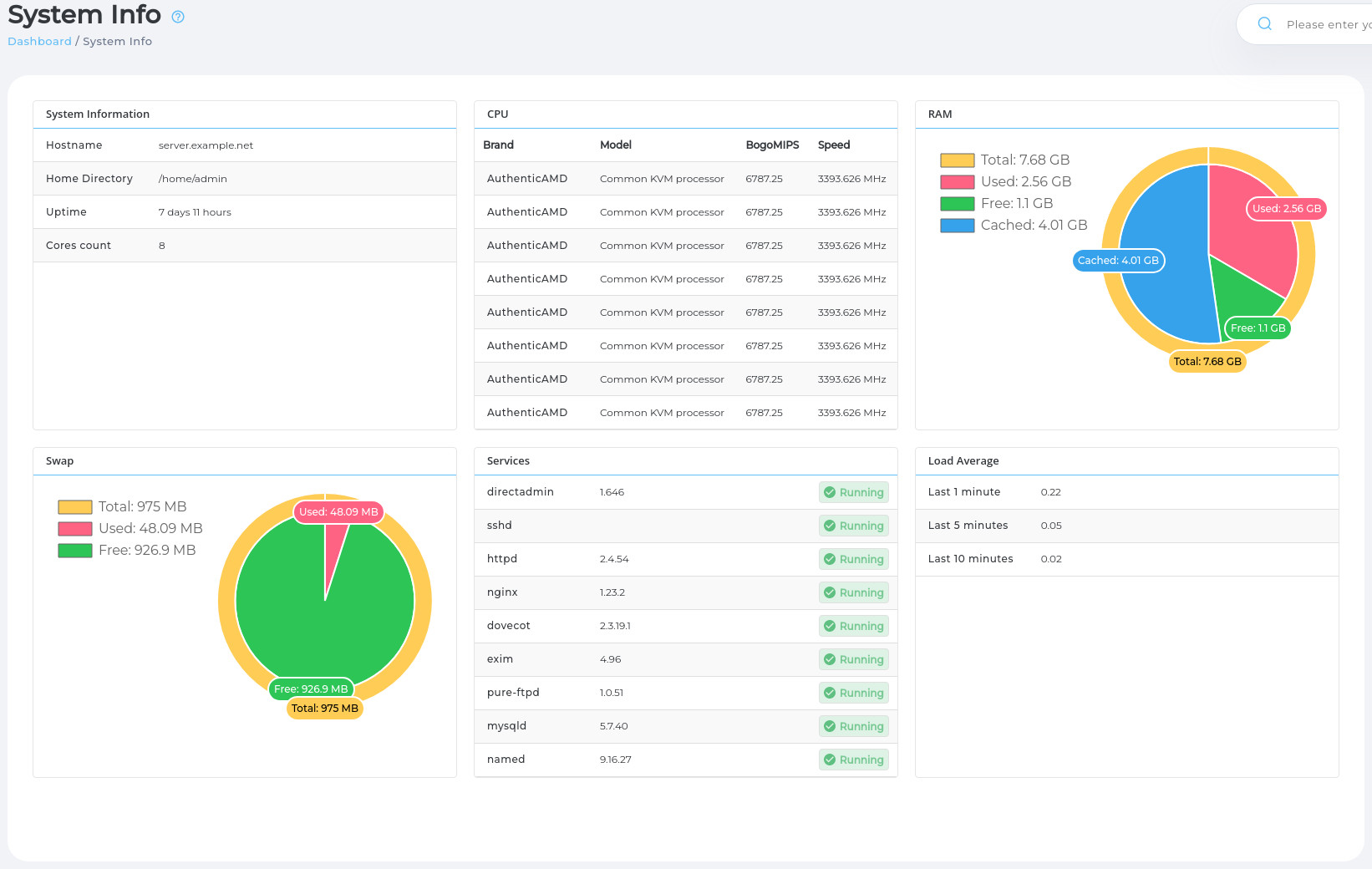 When CustomBuild is rebuilding the software a persistent message will be shown with a warning not to reboot the server. This is particularly useful on a fresh DA installation when CustomBuild is still building everything in the background.

Clicking on the notification will show live CustomBuild output log.

Note: Phalcon v4 and v5 are not compatible. Existing software using Phalcon v4 will need to be upgrade to work with Phalcon v5. More details in the Phalcon v5 upgrade guideopen in new window.

DirectAdmin installer is updated to detect a malformed network configuration and tries to fix it.

If such configuration is detected a set of default DNS servers 8.8.8.8 and 1.1.1.1 are added to the network configuration.

This improvement prevents server from losing network connectivity completely. It is no-op for servers with proper network configuration.

Hetzner installer is known to create such malformed network configuration where /etc/resolv.conf contains some nameserves that are not registered in NetworkManager config. Causing server to lose DNS access after reboot.

Are now shipped together with the DirectAdmin package and are always available on the system in the .../custombuild/configure/exim directory.

This results in the following improvements:

Note: There is change in how ClamAV and Exim integration works. Configuration files exim.clamav.conf and exim.clamav.load.conf will only be deployed if CustomBuild options.conf file has both clamav_exim=yes and eximconf=yes. Previously only eximconf=yes was checked.

Are now shipped together with the DirectAdmin package and are always available on the system in the .../custombuild/configure/rspamd directory.

This results in the following improvements:

Shell script jailshell will be distributed together with the DirectAdmin installation bundle. It will be placed in .../custombuild/jailshell.sh.

This makes the installation faster and gives an option to customize it by creating a copy in .../custombuid/custom/jailshell.sh.

Filemanager uploaded files had very restrictive naming rules, all restricted characters were being replaced to _. This caused some confusion why certain uploaded files are getting named with a lot of underscores.

The rules are updated to better reflect DirectAdmin allowed filenames. 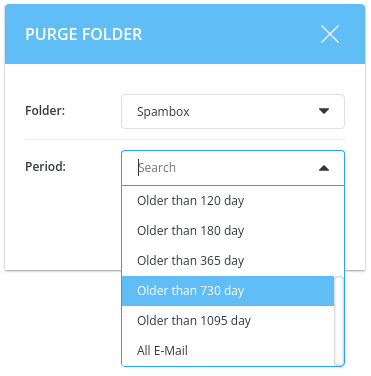 # Fix exim.conf on servers without apache user (nginx only) fixed

This fails on systems where apache user does not exist. This version changes default variable value to:

And only adds apache user to the list if mod_php is used.

A backup with a large list of SPAM Filter word (eg: 5000+) was slow. Code optimizations enabled exponential speedup of this restore scenario.

Login keys allowed ips checking had a hard to notice bug which only affected network prefixes not divisable by 8, such as 127.0.0.32/27.

This is now fixed and working as expected.

Creating multiple domains for a single user at the same time had a high chance of resulting in some domains being only partially created (being missing from user's domains.list file).

This was caused by a bug due to which files were written multiple times instead of once with a possiblity of overwriting file with old data.

A bug is now resolved and domains creation is functioning as expected.

If pureftpd_uploadscan was set to yes, during reboot, pure-ftpd would silently lock up due to pure-uploadscript service not starting up.

One click logins from DirectAdmin panel to webmail had a bug which allowed to login to suspended mail accounts.

This is now resolved and functionality is disabled for suspended mail accounts.

This version of DirectAdmin will only work on systems that uses systemd service manager.

Using Login As feature in Evolution classic layouts will always show account selector in a Top Line style. Using Aside mode is no longer supported.

CustomBuild script no longer uses options custombuild and cleanapache from the options.conf. Options were already non-functional, but this release removes them GUI or when new options.conf is being created.

With this version CustomBuild ignores presence of the legacy CustomBuild plugin. It will not longer report updates for it and will not install it even if options.conf contains custombuild_plugin=yes.

Commands ./build plugin and ./build custombuild_plugin does nothing.

If user account has Two Factor Authentication enabled (or uses security questions) server default skin will be used to ask for 2FA. Only after user passes whole login operation the user skin will be used.