Evolution skin now has integrated CustomBuild GUI. It is no longer a plug-in, but a native feature of Evolution.

Improvements over the plug-in version:

New action in the DNS page allows changing TTL for all records in the zone. 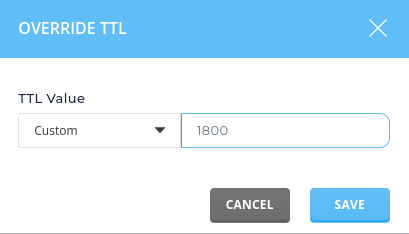 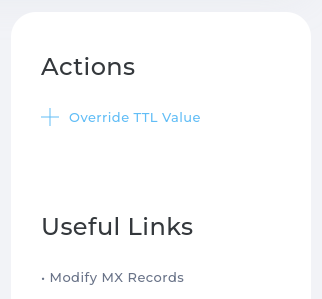 Periodic runs of dataskq on systemd capable systems now send their logs to syslog by default. Since dataskq is being run by the main directadmin service shared logs are available using journalctl command.

Task processor is also updated to always emit what task is being processed to the logs.

Example when running from CLI:

Key advantage of this change is that time values are now specified using client local time rather than server time (time zone).

Old behaviour was a selector from a pre-defined vacation times - morning, afternoon and evening. Pre-defined times were evaluated using server time and caused unexpected behaviour for clients that live in locations using different time zone than one configured on the DA server.

A hard limit of maximum password length for API access using basic auth is increased from 64 bytes to 256 bytes.

Nginx unit log was added to the logs.list for the admin to view via GUI.

CustomBuild code has been cleaned up not to use geoipupdate, libmaxmind and lua compiled components. Lua is still installed from OS repositories on RHEL-based systems.

CustomBuild auto-offers updates of cURL, ClamAV from OS repositories. ClamAV compilation started to require rust-toolset and more tools, as we would not like to auto-install a lot of additional stuff to compile it. Compiled cURL default was set to "no" for a long time, and OS managed cURL is modern enough for other components.

CustomBuild sends automatic messages on every update of DirectAdmin to Message System about EOL software used and offers to update to newer versions.

CustomBuild cronjob is dropped from using cron service and is now being handled and run by main DirectAdmin binary instead.

Issue is fixed by exempting admin accounts from this check through full user creation process.

This update allows keeping SSH key file field empty, in that case a default ~/.ssh/id_rsa or key from SSH config file will be used.

# Language change in Evolution not always saved in user.conf fixed

When user changes preferred language it is getting stored in user.conf, but due to a bug it would not always be stored in the config file. This issue is fixed and language change in Evolution will always be reflected in the user.conf file.

When trying to issue a certificate using letsencrypt.sh, the request would fail if there was a network issue between the server and Google DNS. This issue is fixed by adding additional fallback logic to Cloudflare DNS, if there was an issue accessing Google DNS

In the CPU pressure statistics on the Resource limits page, the average CPU load values were multiplied by 100 times. As a result, the CPU load figures were above and out of the maximum range. In this version, the multiplication of CPU load values has been removed.

Mysqld startup script had a missing # symbol for a comment causing surplus error messages to be shown on mysql startup.

Support for phpMyAdmin 4 has been dropped.